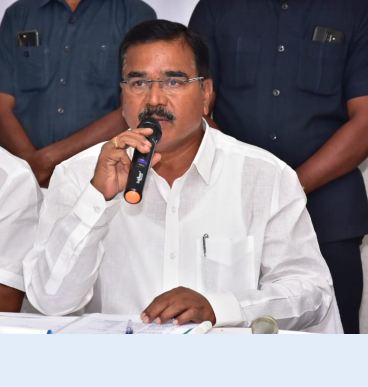 Hyderabad: Agriculture should not be viewed as a mere profession, but must be celebrated as a lifestyle, Agriculture Minister S Niranjan Reddy said on Saturday.

He said farmers in Telangana were now celebrating agriculture following the farmer-friendly initiatives of the State government to encourage agriculture. “Among many initiatives, the government is promoting seed production on a large scale due to the unique nature of soil in Telangana. This soil can grow a wide variety of seed. Telangana is turning into the seed bowl of the nation and also exporting seed to different parts of the world,” the Minister said.

The Minister was speaking at a workshop on ‘Seeds and their production’ conducted for women writers at KLN Prasad auditorium in the Federation of Telangana Chambers of Commerce and Industry (FTCCI) building here. The workshop was organised by Telangana State Seed Development Corporation to encourage writers to create awareness on the need for seed development and production through their literature.

Niranjan Reddy said seed was crucial for good crop production and an attempt was being made for the first time to create awareness about it among people through literature. He said about 400 companies were operating from the State with a turnover of about Rs 5,000 crore. “The State government is spending about Rs 65,000-Rs 70,000 crore on agriculture development, catering to around four crore population against about Rs 10,000 crore spent in Uttar Pradesh with over 18 crore population. Chief Minister K Chandrashekhar Rao gives highest priority to agriculture and wants to make it a profitable profession for farmers,” he said.

Principal Secretary for Agriculture C Parthasarathi said seed production was an important aspect of agriculture and there was a need to create awareness among people about it through different media, including literature. He said literature was a means to inspire people and also capture history for a better society. He also explained the initiatives of the government to promote seed production.