Whenever the thought of biryani crosses the mind, a word that is almost instantly linked with it is ‘dum’. Dum Biryani is a favourite, which is a one-pot dish of aromatic spices and delightful flavours – a result from slow cooking the ingredients in a sealed, heavy bottomed vessel for hours or even overnight in certain cases. The slow cooking works like magic to beautifully infuse the flavours from the various spices and herbs and make the meat unbelievably tender. This style of cooking, traditionally known as dum pukht, is of course not just restricted to biryanis, but various other preparations such as korma, nihari, haleem, raan, other meat curries and even dal.

The ancient practice of dum cooking is commonly associated withMughlai cuisine and is often believed to have stemmed from Persian cuisine or Central Asia. There are many stories about its origin, but the most popular one links it to Nawab Asaf-ud-Daulah, who was the wazir or ruler of Oudh/Awadh during the late 1700s. In 1784, during the great famine, the Nawab introduced a charitable initiative for his people with a food-for-work programme. He wanted to construct a Moghul architectural marvel – the Bara Imambara, which was one among the many structures that the Nawab planned to build in the city.

Many people volunteered for the initiative, and to feed the masses through day and night, the cooks employed the method of dum pukht, wherein meat, vegetables, rice and spices were put together in large vessels or handis, sealed with dough and left to slow cook for hours. This system of cooking proved to be the most convenient method to provide meals to the large number of workers as well as make for them a flavoursome meal without using excessive spices, which were in short supply then.

It was on one such day when a pot was left to slow cook that the delightful aroma from the dish caught the Nawab off guard and he at once ordered his shahi cooks to make the same dish in the royal kitchen. The master chefs employed the same technique of dum pukht along with royal finesse and thus started a whole new kind of preparation, which soon became immensely popular in the courts and among the upper class as more refinements were introduced. It was later adopted by royal kitchens in Hyderabad, Kashmir, Bhopal and other regions as well.

How to Dum Cook

Dum pukht can be translated as ‘dum’ meaning ‘breathe in’ and ‘pukht’ meaning ‘to cook’. It basically refers to letting the dish breathe in its own aroma or juices to make it more flavourful. Therefore large handis are sealed with dough or cloth to trap the steam, which then cooks the meat or rice until tender.

According to K.T Achaya in his book, The Illustrated Foods of India, he states, “Dum Pukht or Dumpoke, these terms refer to the baking of meat in a seal of dough. The Persian word Dum Pukht literally means air-cooked (baked) and occurs in the Ain-i-Akbari. The word was anglicised to Dumpoke in colonial India, and frequently denoted a boneless stuffed duck cooked in a seal of dough. Such long, slow, enclosed cooking resulted in the retention and permeation of the flavour of all the ingredients; it could also be used to perfume a dish with any desirable flavour, say that of camphor or clove.” 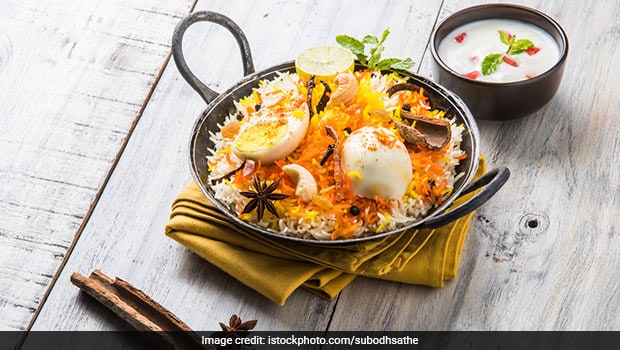 Dum Biryani is a favourite, which is a one-pot dish of aromatic spices and delightful flavours.

In author Arti Arora’s book, Dum Recipes: Indian Cooking, she states, “The Dum method of cooking stews food in a pan sealed with dough or foil to prevent the steam from escaping. The food steams slowly in its own juices, absorbing the delicate flavour of the spices and herbs which are added at the start.”

At the start of the cooking, the ingredients are roasted in some oil to release the flavours, a process called as bhunao in Hindi. Once all the ingredients are combined, the pot is then sealed and left to ‘mature’. Traditionally, only a handful of Indian spices were used to build the flavour, but with time, many more ingredients were added to various recipes to suit different taste preferences. The dough seal, also known as pardah, was only opened once the dish was ready to serve to retain maximum flavour.

Renowned Chef Marut Sikka explains, “An important point to remember is that not all ingredients have the same cooking time. So you will need to roast or cook certain ingredients separately rather that putting all raw ingredients together in one pot and leaving it to cook. With evolving times, the good thing is that we can try dum style of cooking at home without much fuss, using an oven. Another point to keep in mind is the sealing. It needs to be airtight so that no steam escapes.”

One of the other factors that plays a crucial role in dum cooking is the vessel used. A heavy bottomed clay pot is said to work the best as it releases heat slowly (maintaining the temperature inside) and prevents the fire from burning the bottom of the dish. Another preferred choice is a copper vessel, which is often seen in fine dining Indian restaurants as well as famous stalls.

If you would like to try your hands at dum cooking, here are some recipes from renowned chefs that are sure to be a big hit with your friends and family.

1. Chicken Dum Biryani
Recipe by Chef Marut Sikka
A sumptuous chicken biryani that is cooked with such precision that you are bound to make this dish again and again to relish the delicate flavours. 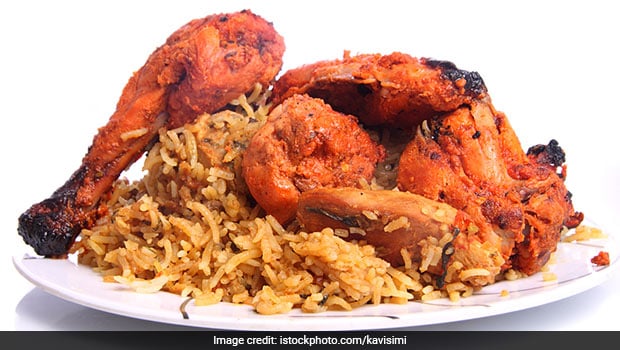 A sumptuous chicken biryani that is cooked with such precision.

2. Kashmiri Dum Aloo
Recipe By Chef Kishore Reddy
A Kashmiri delicacy that can now be recreated in your kitchen with ease. Fried potatoes cooked in luscious spices. 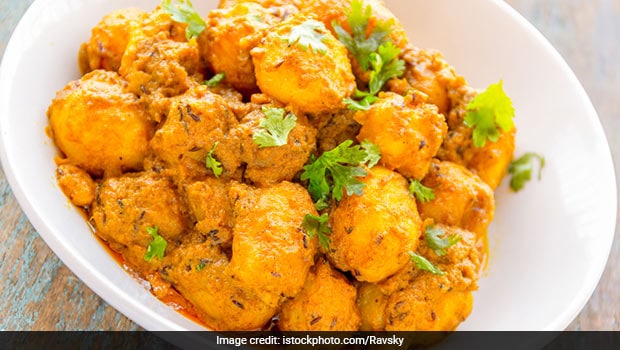 A Kashmiri delicacy that can now be recreated in your kitchen with ease.

Recipe by PeekNCook
Whole chicken marinated leisurely in a host of spices along with cashews, chironji and fried onions. It is slow-cooked ‘dum style’. Now that you have these recipes to try, it’s time to embark the fine art of slow cooking food and enjoy the delicate flavours that are developed in the pot. Remember patience is the key but it is worth the wait.
[“source=food.ndtv”]