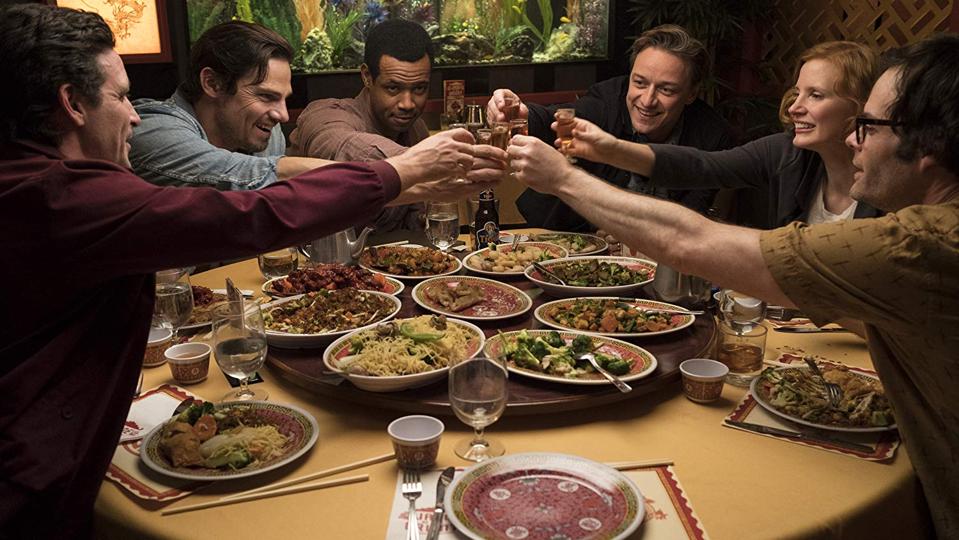 With $155 million domestic and $323.3 million worldwide in just under two weeks of global play, It Chapter Two is a smash hit by any other comparison save for the first It. Assuming (speculation alert) that Warner Bros. doesn’t magically pull off a China play date (presumably with an edited cut of the film), we’re probably looking at a $225-$235 million domestic total and a global cume of around $500 million. That’ll still be the second-biggest R-rated horror movie (sans inflation) right between The Exorcist ($441 million, counting reissues) and It ($700 million in 2017). With last weekend’s $88 million in global grosses ($47 million overseas and $41 million domestic), the two It movies have earned $1.023 billion worldwide on a combined budget of around $110 million.

Presuming the Jessica Chastain/James McAvoy/Bill Hader sequel ends up with around $500 million, the two-part, five-hour theatrical adaptation of Stephen King’s 1987 novel will have earned around $560 million domestic and $1.2 billion global. That will make It, with just two films (albeit existing in a comparatively generous overseas marketplace), one of the very biggest R-rated franchises of all time. It’ll sit among the ten current R-rated franchise that have topped $1 billion in total grosses. Yes, I will list them in the next two paragraphs, but none of this is accounting for inflation (The Exorcist has earned over $1 billion domestic in inflation-adjusted grosses), and this is very explicitly discounting the PG-13 entries of various R-rated franchises like Alien, Terminator and Die Hard.

A theoretical Deadpool 3 or an alleged Matrix 4, presuming they keep their R-ratings, would mean that New Line’s Conjuring Universe might have to watch its butt. Among R-rated franchises that are near $1 billion, Kingsman earned $825 million over two movies, so that Kings Man prequel may get it over the line. Saw has $976 million over eight movies, so the Chris Rock-produced reboot/sequel should get it over the hump. While there will probably never be a Lethal Weapon 5, the first four earned $955 million between 1987 and 1998. John Wick could eventually get there, while a theoretical Wolf Warrior 3 (a sequel to the $854 million-grossing Wolf Warrior 2) could quickly put the unrated (by hyper-violent) Chinese action franchise alongside Conjuring and The Matrix.

The only metrics by which It Chapter Two might find itself remotely on the defensive is in comparison to It. Like The Secret Life of Pets 2 ($425 million on an $80 million budget) and Annabelle Comes Home ($225 million/$27 million), it’ll earn back many times its budget even if it pales in comparison to its overperforming predecessor. This may merely be a case where a sequel performs about as well as we all presumed/hoped the first one would, akin to Ted 2. The optimistic scenario was Deadpool 2, meaning a modest drop from its predecessor here and abroad. In this case, it was closer to Angels & Demons ($486 million in 2009), which earned 36% less than The Da Vinci Code ($758 million in 2006).

It Chapter Two earning $500 million instead of $700 million would be even less of an issue if Warner Bros. wasn’t having a run of bum luck. The LEGO Movie 2 ($191 million) and Godzilla: King of the Monsters ($385 million) bombed, while a bunch of old-school programmers (The Kitchen, Blinded By the Light, The Goldfinch) played to empty auditoriums. Had LEGO Movie 2 stayed the course in North America and/or if Shazam! ($364 million) and Detective Pikachu ($431 million) broken bigger in China, then It Chapter Two would be a victory lap as opposed to an essential release. Now it’s up to It Chapter Two and Joker, both R-rated movies about killer clowns, and both “unconventional event movies,” to save the day.

I would argue that both It Chapter Two and Joker (along with, fingers crossed, Doctor Sleep) are closer in spirit to WB’s dynamite 2018 slate (Ready Player One, The Meg, Crazy Rich Asians, The Nun, A Star Is Born) than the various franchise-friendly tentpoles that weren’t. Either way, WB’s 2020 slate (Godzilla vs. Kong, Birds of Prey, Wonder Woman 1984, Tenet, In the Heights, King Richard, etc.) should put the Dream Factory on more stable footing. Dune still feels like next year’s biggest risk or wild card, but much will depend on how much they spent on Denis Villeneuve’s all-star sci-fi action drama. Worst case scenario, they can always up the horror quotient (more sandworms) and throw in a murderous clown or two.