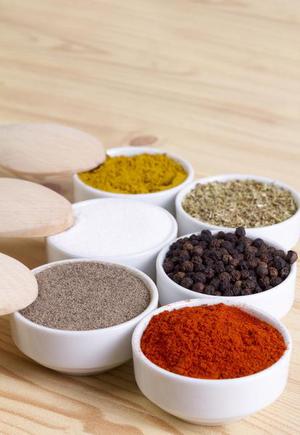 Roman mariners came to south India with gold, and went back with pepper

As myths go, you can’t beat this. I found this little story in an interesting book called Food in History by Reay Tannahill which I had picked up to find out about spices used in Imperial Rome. That was when I learnt about the use of cinnamon, and a story behind it.

The Arabs had a monopoly over the spice trade until the 1st century AD. The author tells us that cinnamon came via Malaya and Indonesia to Madagascar, then off the coast of east Africa to the Red Sea. The traders were canny and didn’t want to let on where their cinnamon was being sourced from. Herodotus, Tannahill writes, reproduced a credulous account of the cinnamon harvest.

The traders’ version was fabulous: they said dry sticks of cinnamon were carried by large birds to their nests which were made of mud and perched on mountain tops which no man could climb. So people cut bodies of dead animals into large joints which they carried to a spot near the nest, and left it on the ground. And the men moved to a safe distance. “And the birds fly down and carry off joints of meat to their nests, not being strong enough to bear the weight, break and fall to the ground. Then the men come along and pick up the cinnamon,” the Greek historian wrote.

But Apicius, a compilation of Roman cookery recipes, often attributed to a gourmet of the 1st century of that name, does not mention the spice at all, Tannahill writes. What is mentioned in almost all recipes, however, is pepper.

Arab traders brought pepper to Rome as well. But by the middle of the 1st century AD, she writes, Roman mariners had discovered the monsoon winds, which carried them to South India and back, in less than a year. They came with gold, and went back with pepper.

“Indian pepper was so important that it was numbered among the five essential luxuries on which the whole foreign trade of the empire was set to be based,” the book states. The other four were Chinese silk, African ivory, German amber and Arabian incense.

The lavish Roman banquets that we read about had all kinds of dishes cooked with various spices and herbs. For one particular dish, Emperor Vitellius required pike liver, pheasant brains, peacock brains, flamingo tongue and lamprey roe, which were brought to Rome from every corner of the empire.

For food flavouring, there was liquamen, or garum, a clear, golden fermented fish sauce. The herb, Silphium, came from the former Greek colony of Cyrene in North Africa. It disappeared from the market in the middle of the 1st century AD and it’s still a mystery what the plant was.

As a substitute, Rome began to import and use Persian asafoetida. It was expensive, and Apicius recommended keeping it in a jar of pine nuts. When a recipe needed Silphium, a few of the pine nuts carrying the characteristic smell of asafoetida could be used.

One recipe for a sauce for roast meat in the Apicius collection calls for pepper, lovage, parsley, celery seed, dill, asafoetida root, hazelwort, cyperus, caraway, cumin, ginger, pyrethrum (a member of the chrysanthemum family) and liquamen.

I was struck by the fact that Apicius reportedly poisoned himself when he realised he had only about 10 million sesterces left (three quarter of a tonne of gold bullion). With this amount, life would be a drag, the poor man thought.

And that, in itself, is a story.