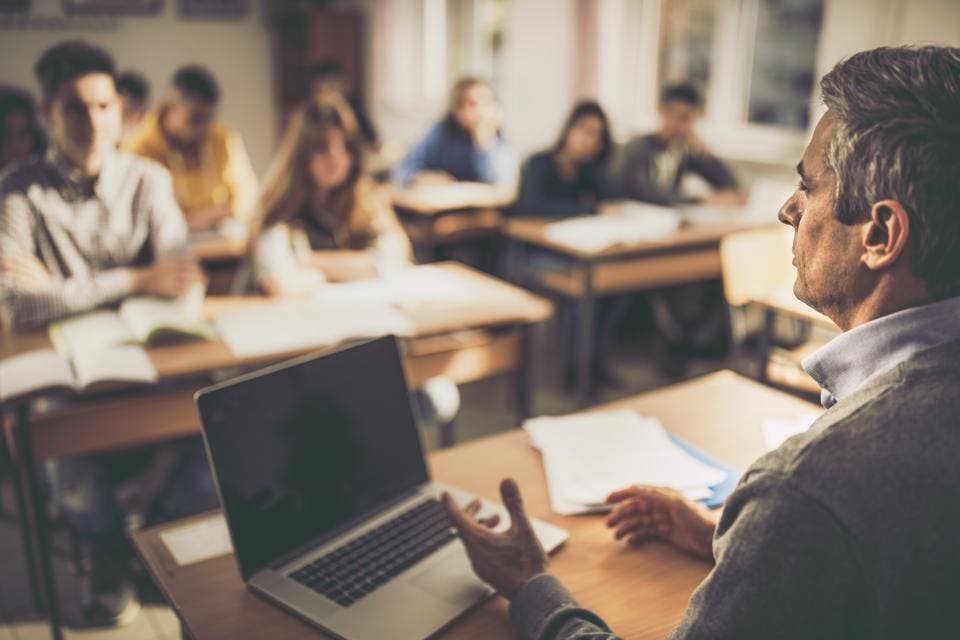 The Future Of Work Demands A Good EducationGETTY

Last year I highlighted the huge importance of learning new skills in the wake of losing one’s job.  The article was based upon research that explored a few decades worth of job data, with a specific focus on the kind of jobs that emerged after a period of either economic or technological disruption.

It found that while it was often low-skilled work that was lost, the jobs that returned after the disruption were nearly always higher-skilled jobs than those that were originally lost.  This highlights the tremendous value of retraining for those who lose their work, but if that is insufficient reason, a new analysis conducted by MIT highlights the perilous state of those in low-skilled work.

It revealed that not only has the recent economic recovery generally passed low-skilled workers by, the same has been true for much of the last 50 years.  Since the financial crisis, jobs have returned en masse, with 300,000 or so created in December alone, with income rising at a similar pace.

The analysis found that the wages of those without a university education have barely budged in the last 50 years, and indeed, for men they have actually fallen.  This matters as the labor market has been hollowed out during the same time, with those jobs requiring a lot of training growing, and those requiring none at all doing likewise.  The good quality work that required a moderate amount of training that traditionally employed many people without a university degree have all but vanished.

Many of these jobs have either gone overseas or been automated by new technologies.  This process has helped to create the large numbers of ‘left behind’ communities that have voted for Donald Trump or Brexit in recent years.

What’s more, this trend is highlighting clear geographic divides, with the urban population increasing degree educated, and the rural population increasingly unskilled.  This has led to a wage premium for urban dwellers, but whereas previously this premium was enjoyed by high-skilled and low-skilled alike, now the premium is nearly solely enjoyed by those with at least a degree.

I’ve written a few times about the difficulty in helping lower-skilled people train and raise their employability, with U.K. government research highlighting the various barriers that prevent people from taking advantage of the opportunities that exist.

The report says that adult education in the U.K. is declining and participation declines more as we age. What’s more, those that do engage in education as adults tend to be wealthier and come from a high existing skill level.

Those with fewer qualifications to begin with would often cite barriers such as a lack of confidence, lack of interest and a sense that they’re too old.  What’s more, any initiatives that do exist seem overwhelmingly concentrated in cities.

For instance, I wrote last year about various projects designed to help disadvantaged communities not only gain skills, but make their way into the labor market.  Often that first step can be difficult for people who lack the connections or confidence to get that first job, but whilst the projects are undoubtedly fantastic, they are nearly always concentrated in major cities.

This concentration of talent and wealth in cities is something that Stanford’s James Liang has explored throughout his career. He argues in his latest book, The Demographics of Innovation, that population growth is vital for innovation and entrepreneurship.

He believes that demographics have a huge part to play in innovation, and outlines three core ways they impact a country’s creative output:

This urban potency is changing patterns of migration.  Whereas traditionally, young people would move to cities for the opportunities they present, but move out to the suburbs or rural areas, often when they started a family, this trend is no longer holding.  Instead, more and more people are staying in big cities, drawn by the better wages, better amenities and generally better quality of life.

Or at least, more and more well educated people are, for if city life offers no real benefit to those with fewer qualifications, the urban-rural divide seems only likely to expand still further.  Indeed, even attempts to provide lower cost housing in cities is likely to benefit university graduates rather than low-skilled workers.

In his latest book, Temp, Cornell’s Louis Hyman speculates that rural areas could take advantage of the kind of technologies that have underpinned the gig economy to do decent work that can be undertaken from anywhere.  Whether these jobs are reasonable quality however, or what the MIT team refer to as ‘last-mile jobs’ that are whatever is left when the majority of the task has been automated, remains to be seen.

Whilst there is no shortage of attention being given to this problem, it’s a problem that has so far stumped officials around the world.  If the last few years have taught us anything however, it’s that this is a problem that urgently needs tackling, especially as the economic and technological factors that have fostered the power of cities is only likely to exacerbate things in the coming years.

Until then, the best approach seems to be to do all you can to get the kind of education that will enable you to ride these waves rather than be consumed by them.  Easier said than done, of course, but the wait for policy makers to come to your rescue may be a long one.