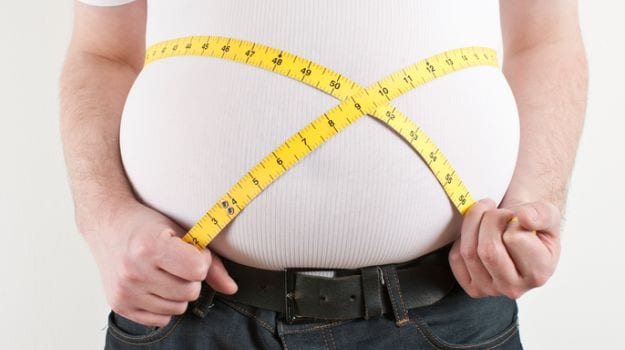 A father’s metabolic health can be passed from generation to generation, affecting not only his children but more importantly his grandchildren, suggests a study.

According to the study published in the journal Molecular Metabolism, parental obesity can have harmful effects on future generations. “A baby’s health has long been considered the mother’s responsibility as soon as she falls pregnant. Now, we’ve found powerful evidence, in a mouse model, that father’s nutrition and metabolic health can influence his sons and even his grandsons,” said Catherine Suter, Associate Professor, Victor Chang Institute.

The researchers looked at the effect of dad’s obesity across three generations.

At first his offspring appeared to be in good metabolic health. But when they consumed a high-fat, high sugar, junk food diet, all the sons reacted dramatically and within just a few weeks they developed fatty liver disease and pre-diabetic symptoms, such as elevated glucose and insulin in the bloodstream. The researchers discovered that male mice who are obese when they conceive are putting their children and grandchildren at significant risk of developing metabolic disease. They were amazed to find that the grandsons of the obese mice were also predisposed to metabolic disorders just as their fathers were. They also observed that in the great-grandsons, the metabolic health was improving significantly.

By the third generation, the exaggerated response to a junk food diet was all but absent. What this shows is that it’s possible to break that cycle of metabolic disease, suggested the study. The researchers say it is still not entirely clear how this multi-generational programming is happening, but there appear to be clues within the sperm of the mice.