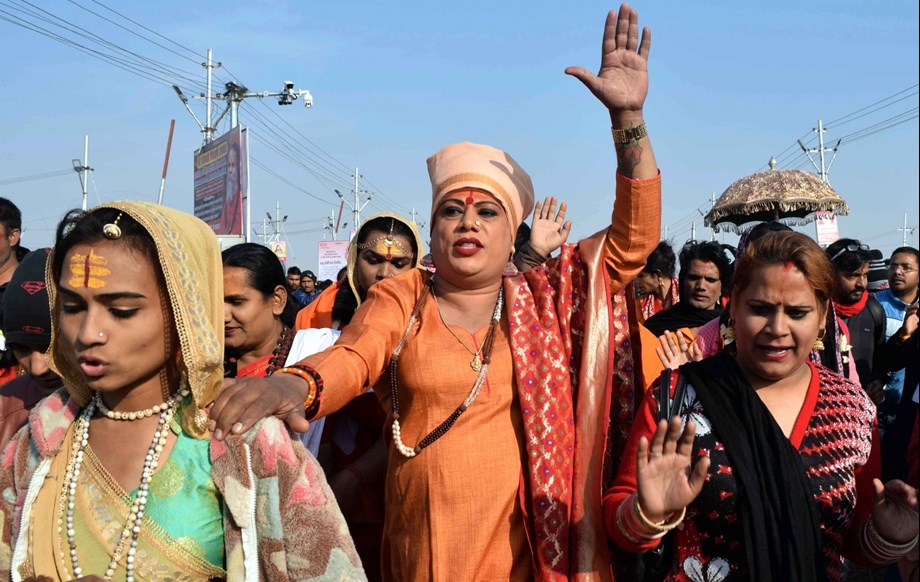 In an attempt to make the government’s “Swachh Bharat Abhiyan” more relatable to the public, the Ujjain Municipal Corporation (UMC) started the campaign, “Badhai se Safai”, with the local leader of the transgender community, Shabnam Bhua. The inspiration, according to UMC commissioner Rishi Garg, comes from the age-old belief that transgenders are skilled in persuading others.

“We have connected this skill with the cleanliness campaign. They know how to persuade people to keep their houses as well as the city clean,” Garg told PTI. However, bringing together the community wasn’t as easy as that, said Garg.

“They had inhibitions that it will affect their livelihood as this is volunteer work, they don’t get any stipend or salary for it. “But the aspect of connecting with a larger part of the society seemed attractive and the community joined hands with us,” he added.

The drive, which was first launched in select localities in March 2019, now covers the entire city, which is a famous Hindu pilgrimage for Lord Shiva’s devotees. Palak Didi, one of the members of the transgender community, said that apart from connecting with the people, the campaign provided them with an opportunity to worship the Hindu god in their own way.

“Mahakal (Shiva) is worshipped by everyone and he is the lord of this city. How could we miss out on an opportunity to keep his city clean?” she said. The community members visit every house in their respective areas, along with the garbage collection trucks, as part of the campaign.

The job doesn’t end with spreading the message of cleanliness, the members keep checking on people if they are keeping their houses clean or not. While those being negligent get reprimanded, others who have kept their houses and the area clean receive blessings from the community members.

“It wasn’t just the transgender community who were hesitant at first, even the locals gave us mixed response to the idea. “But in the end, it all came together as people put great faith in their blessings. So they started listening to what the community members had to say,” Garg said.

The municipal corporation has also come up with inventive ways of keeping the city clean. In one of the garbage management solutions, the UMC has started recycling clothes left on the banks of Kshipra river to make papers, as well as using floral waste from the Mahakaleshwar temple to make incense sticks.

(This story has not been edited by Devdiscourse staff and is auto-generated from a syndicated feed.)