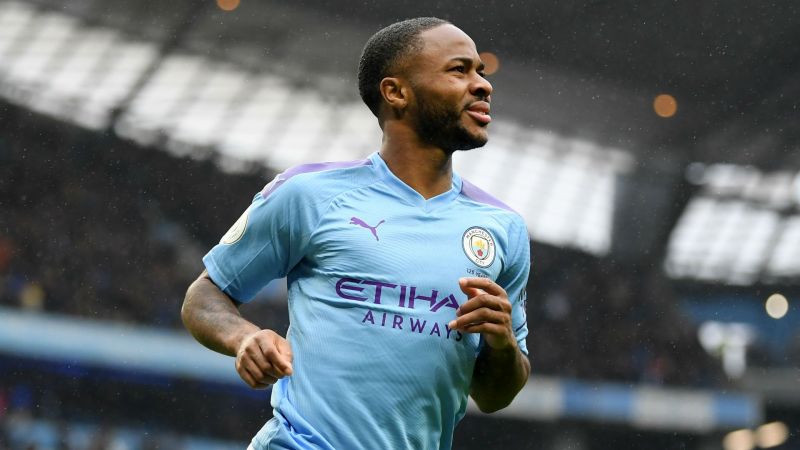 Raheem Sterling’s development into one of the Premier League’s leading players is down to a change of lifestyle off the pitch and taking more responsibility on it, according to Manchester City team-mate Fernandinho.

Sterling, 24, joined City to much fanfare in 2015 after breaking into Liverpool’s first-team as a teenager, his potential costing the Blues a reported £50million.

While he continued to show signs of his capability in the first two seasons at the club, Sterling also attracted criticism for his lack of composure in front of goal and erratic final pass.

But in 2017-18 he found another level, scoring 18 Premier League goals. He then went on to net 25 across all competitions the following campaign, helping City retain the league title.

He is on track to easily surpass that figure this term, having already scored 13 in 14 games on all fronts, and Fernandinho puts his success down to off-field maturity, having often been the subject of negative headlines as a youngster.

“I think this is maybe a case of us all being human beings,” Fernandinho said ahead of Saturday’s visit of Southampton. “Sometimes we fail in some actions, sometimes we make some mistakes, that’s normal, especially when you are young.

“He’s a father too. You start to see the world in a different way and you start to see things changing [when you’re a father]. I think he’s done very well and, as I say, we are so happy for him.

“I think he is taking the chances we create as a team and that’s good because the way we play as a team, we create a lot of chances in the box.

“The players know we’re going to create chances, he understands it really well. He’s improved a lot, the way he finishes, he scores goals and the way he grew up as a player and a person, he got more experience.

“That’s good for him and I hope he can continue to grow up and improve more.”

At 34, most players would be considering their future in professional football.

And while Fernandinho is not about to set an age target for his retirement, he is no rush to hang up his boots while his body remains able to meet the demands of top-flight football.

“To be honest, I just thank God for giving me a body that I can do this,” he added. “Every three days, I have to be mentally ready and improve my body to be ready.

“Of course, I take care of myself, but we have great staff taking care of us behind the scenes which helps because first you have to get the mind ready and then the body and just go on.

“I always say I’ll play until my mind will allow me to play. When I feel happy and motivated to play every day, this is important, to train happy and fresh every day.