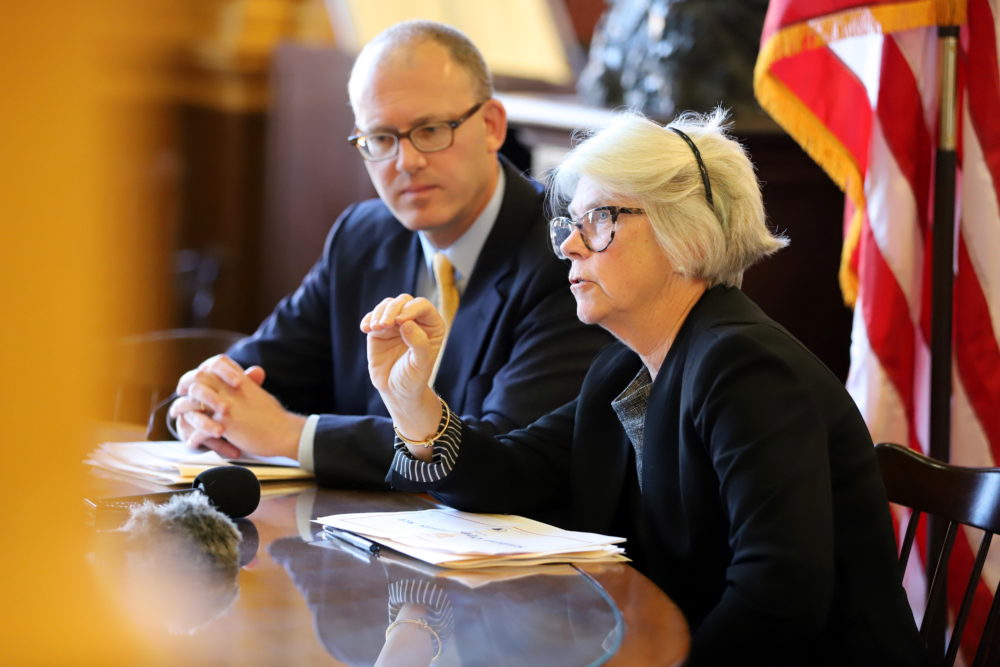 State lawmakers have introduced a bill that would add $1.5 billion to the public education system over the next seven years.

The legislation, known as the Student Opportunity Act, was announced Thursday and is intended to reshape the formula the state uses to fund schools.

The main focus of the bill is to provide districts with high percentages of low income students and English language learners with more funding and state resources.

“I think it’s fair to say that if this bill passes into law we will have the strongest and most progressive education funding system in terms of how we reflect the needs of low income students,” said state Sen. Jason Lewis, one of the chairs of the Joint Committee on Education.

Get insights from WBUR’s Kimberly Atkins on New England politics, sent to your inbox each week. Subscribe here.

The bill would also adjust the funding formula to make room for other new investments in the education system. If passed, the state would update how it considers health care costs for employees and retirees to ensure allocations are more accurate. The measure would increase special education funding, and the foundation rates for guidance and psychological services. And the Massachusetts School Building Authority would also see a budget increase of $150 million to allow for more school building and construction projects.

In addition to the infusions of cash, the act would create new state policies, including requiring districts to publicly post their plans for closing opportunity gaps. It also includes a directive to establish a special commission to further study the unique needs of rural districts facing declining enrollment.

House Speaker Robert DeLeo explained that the state wouldn’t need any new taxes or revenue streams to help pay for investments called for in the new formula.

DeLeo said the proposal fulfills all of the recommendations put forth by the Foundation Budget Review Commission, which found the state was underfunding the state school system by at least $1 billion annually. The Student Opportunity Act is one of several legislative attempts that have been made to address that disparity. Last year, both the House and Senate passed different bills but failed to come to a consensus as the formal session came to a close.

In a press briefing announcing the bill’s introduction, Rep. Alice Peisch said she feels optimistic that this time around will be different.

“I think this session, with the strong support of our leadership and all of the committee members, we have finally come to a consensus on a bill that … will fully implement all of the recommendations of the Foundation Budget Review Commission,” she said.

“It really appears as if it’s targeting giving the right amount of money to our highest-needs students,” said Merrie Najimy, president of the Massachusetts Teachers Association.

“We applaud the Legislature for hearing and responding to the overwhelming number of voices across the state calling for updates to the statewide funding formula,” said BTU President Jessica Tang in a statement.

Massachusetts Parents United, a statewide organization focused on the needs of low income families, has also expressed optimism about the bill, saying it “makes significant progress toward the goal of providing more funding while taking positive steps toward fulfilling the commitment of directing funding toward the best practices and student-focused accountability.”

Gov. Charlie Baker’s office has not yet taken an official stance on the bill. In a statement, his office said, “The administration appreciates the legislature’s work to propose the Student Opportunity Act and will carefully review the bill to evaluate the fiscal impact, effect on municipal finance, and ability to improve schools for every kid.”

The bill now moves to the Senate Ways and Means Committee. The full Senate is expected to take up the measure later this month.