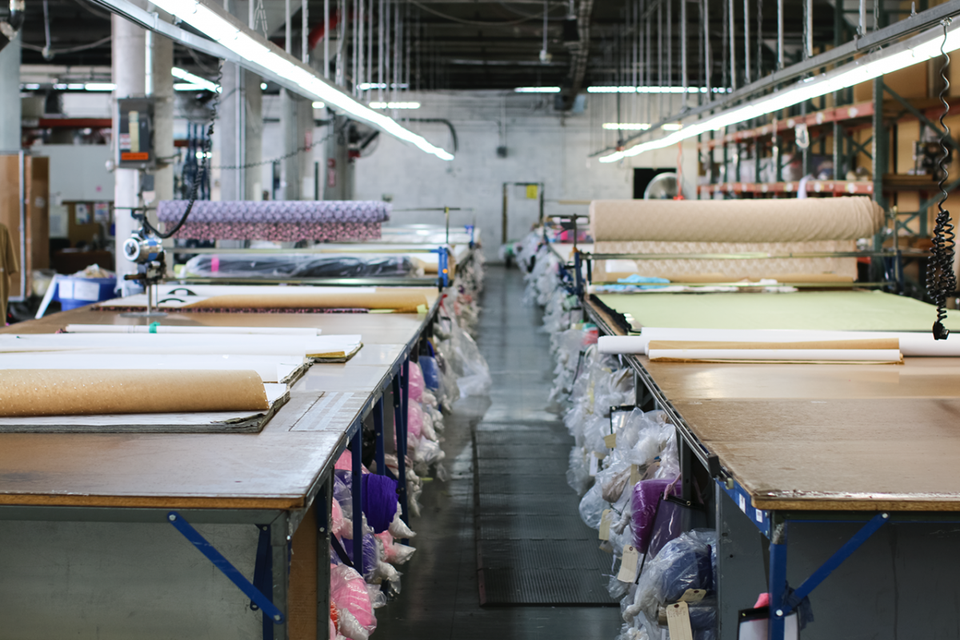 Schreiber used to run the fashion recycling program at NYC’s Department of Sanitation. The program put large donation bins inside the basements and laundry rooms of apartment buildings in the city. Soon, brands started to reach out to her asking how they could recycle their commercial textile waste. “At first, I was excited because it seemed like it would be a great partnership for the city — but then the city was like, well, we’re not really set up to take this on,” she said. “So I thought, ok, I’ll do it myself.”

She quit her job in early 2016 and pitched her idea on the reality television show Project Runway: Fashion Startup. (You can watch the whole season on Amazon.) “It’s the most millennial way to start a business,” Schreiber admitted. Three of the four investors on the show ended up giving her seed money. She launched the business from the backroom of the Queens warehouse, which belongs to the lingerie label Hanky Panky — a FabScrap client. (FabScrap has since relocated to a bigger space, inside the Brooklyn Army Terminal.)

On average, FabScrap collects a tone of fabric per day — about 40 bags, weighing 50 pounds each. The fabric is split into brown and black bags: black bags are proprietary fabrics, which means brands have specified that material cannot be reused or resold. Brown bags are general waste. Each bag is weighed and its contents documented. Schreiber then gives this data back to the brands. “We give them a nice social media-friendly comparison — like, you’ve recycled enough to plant this many trees, or whatever. They love that.”