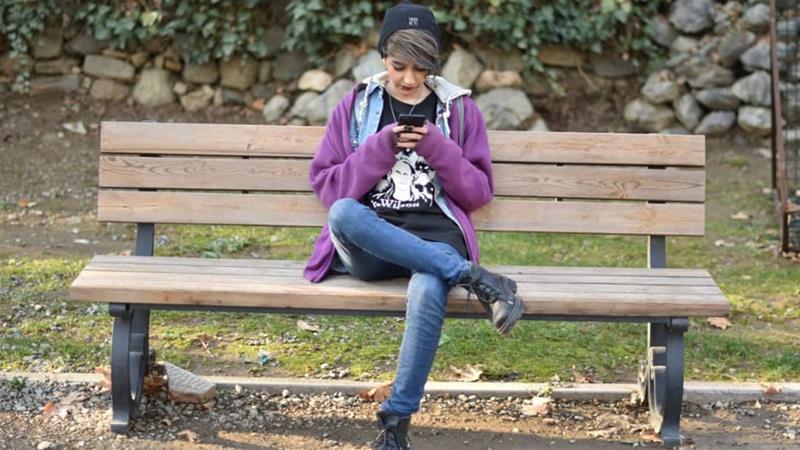 Tehran, Iran – A few days almost every week, Niloofar sits behind her computer in her house in Tehran and streams the video games she plays for her followers on Twitch, the world’s largest game-streaming platform, which boasts more than 15 million active users per day.

The 23-year old – who, along with other gamers in this article, asked Al Jazeera to withhold her surname to protect her privacy – also posts her videos and chats with fellow gamers on her Instagram account, where she has close to 30,000 followers.

“I miss them when I don’t stream for a couple of days and go back and speak with them for hours,” Niloofar told Al Jazeera.

A part-time software programmer, Niloofar got hooked on video games as a kid, playing on a Sega console. Today, gaming is her main source of income, earning her money from sponsorships, influencer campaigns for video-game firms, and donations from her followers on Twitch.

Niloofar, whose gaming handle is “iniloowf”, is one of many women gamers in Iran who’s managed to amass a significant online following in recent years. Like other so-called “girl gamers” around the globe, they must contend with a litany of misogyny to make their mark in male-dominated field.

But Iran’s women gamers also face unique barriers to realising their potential and having a shot at winning prize money in local tournaments.

Many fellow gamers [male and female] are supportive and have my back, but there are also those guys who can’t accept it and have told me to go play with dolls or find a husband!

Common and unique barriers to overcome

From harassment directed at female players to gender-biased tropes and sexist stereotypes in games, the global video game industry has a well-documented gender discrimination problem.

Like female gamers everywhere, Niloofar is confronted with it regularly.

“Many fellow gamers [male and female] are supportive and have my back, but there are also those guys who can’t accept it and have told me to go play with dolls or find a husband!” she said.

“When something like that happens you either have to keep your anger and frustration inside – which is obviously not good – or you confront them, which usually leads to more hassle”.

But Niloofarr and her fellow Iranian female gamers also have to contend with hassles that many other women gamers don’t.

Iranian video game centres are not allowed to serve female gamers and face fines or closure if they do. The prohibition blocks a major avenue for female gamers in Iran to connect with peers in a social setting while also progressing as players.

Suzan, a digital designer and former English teacher, is a Tehran-based women gamer who’s had doors shut in her face since childhood.

“I grew up in a largely male environment with my cousins, and I first went to a video game centre with them in Tehran when I was around 11 and had short hair,” the 26-year-old told Al Jazeera. “But the owner found out when we were playing and said he can’t allow girls in.”

Suzan said she eventually found a game centre that would admit her, but the owner eventually turned her away because he didn’t want to risk being shut down.

Homa, another 27-year-old female video game enthusiast, told Al Jazeera that she too was barred from entering multiple game centres in Iran. She tried to get around the ban by playing multiplayer games with a group of men at one of their workplaces after hours. But the solution was far from optimal.

“While it was fun at times, I generally didn’t like that type of experience because I didn’t feel safe spending the night at a site that was not designated for gaming without any other girls there,” Homa told Al Jazeera.
“But more importantly, sexism was a big issue because they were patronising, and no matter how I played they attributed it to me being a girl,” she said.

…many guys are intimidated by a girl who plays well and isn’t afraid to stand up to them.

The global gaming market is forecast to be worth $152bn by the end of this year, according to research firm Newzoo.

In many developed countries, the immense popularity of video games has transformed them into a cultural and economic force, and turned gamers into electronic-sports athletes. But the field is far from level for Iran’s women gamers because the overwhelming majority of video game tournaments in the country do not allow them to participate.

That’s a significant amount of talent being left on the sidelines because women account for 35 percent of an estimated 28 million gamers in Iran, according to the latest edition of a biennial statistical report published by the Digital Games Research Center last year.

Tournaments that do open their doors to women often end up being cancelled because they are either poorly advertised or the environment is seen as unwelcoming to women.

The latest example is Iran Games Cup, one of the country’s largest annual video game tournaments, which hosts eight categories of games in 10 of Iran’s 31 provinces.

The tournament was forced to cancel women-only games in two popular categories of FIFA19 and PES19 this year because the number of participants did not reach the minimum level.

That means women had no shot at claiming prize money in a tournament that attracted 12,000 competitors and handed out a total of one trillion rials ($23,800 at the official exchange rate) in prizes last year. This year, the pot is expected to be even bigger.

They then formed teams with male peers. But those efforts also ultimately failed because when the team lost, some of the male members would blame the women and abandon the group.

Suzan has found male peers to play MOBA games League of Legends and Vainglory with her remotely, but they live abroad.

“Right now, I have two male game partners from Germany and the Netherlands with whom I haven’t had any problems, but many guys are intimidated by a girl who plays well and isn’t afraid to stand up to them,” she said.

All three women gamers who spoke to Al Jazeera said that after years of seeing their passion for video games, their family members – some of whom were sceptical at first – now support their gaming activities.

Suzan, however, points to a negative attitude towards gaming in Iranian society at large.

“Many people still have a singular viewpoint that regards gaming as a waste of time,” she said. “But I think gaming can help improve reflexes and strategic thinking while it can significantly help with learning English, especially when playing with foreign gamers”.