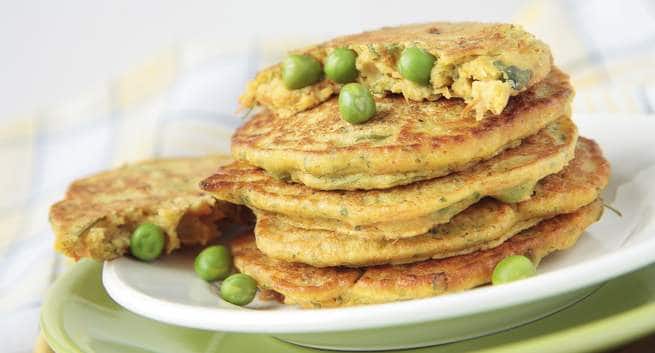 Wondering what pancake has got to do with glaucoma? According to researchers, understanding the textures and patterns of pancakes can help them improve surgical methods for treating glaucoma. The appearance of pancakes depends on how water escapes the batter mix during the cooking process and this varies with the thickness of the batter.

Understanding the physics of the process can help perfect pancake making and gives important insights into how flexible sheets, like those found in human eyes, interact with flowing vapour and liquids. ‘We have discovered that the variations in texture and patterns result from differences in how water escapes the batter during cooking and that this is largely dependent on the thickness and spread of the batter,’ explained study co-author Ian Eames, professor of fluid mechanics at the University College London.

The team compared recipes for 14 different types of pancakes from across the world including the Canadian ploye and Malaysian lempeng kelapa. They found thick, almost spherical pancakes such as Dutch poffertjes had the lowest aspect ratio at three whereas large, thin French crepes had the biggest at 300. The scientists found that think batters with a baker’s percentage of 100-120 from pancakes with irregular craters on the bottom surface.

The thinnest batters with a baker’s percentage of 200-225 from pancakes with an even coloured bottom surface which is dotted with dark spots. The team found that the physics of pancake cooking is complex but generally follows one of two trends. If the batter spreads easily in the pan, the pancake ends up with a smooth surface pattern and less burning as the vapour flow buffers the heat of the pan. ‘We found a thin pancake can only be created by physically spreading the batter across the pan and in this case, the vapour tends to escape through channels or diffusion,’ informed study co-author Dr. Yann Bouremel.

The scientists work on better surgical methods for treating glaucoma which is a build-up of pressure in eyes caused by fluid. To treat this, surgeons create an escape route for the fluid by carefully cutting the flexible sheets of the sclera. ‘We are improving this technique by working with engineers and mathematicians. It’s a wonderful example of how the science of everyday activities can help us with the medical treatments of the future,’ added study co-author professor Sir Peng Khaw in a paper published in the journal Mathematics TODAY.