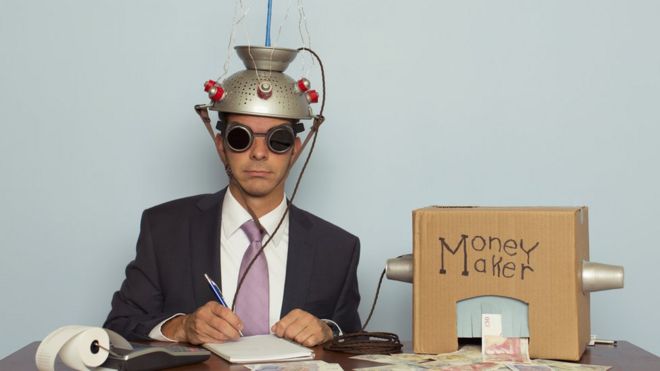 If you want to get rich fast, then donning a pinstriped suit and heading for the City has traditionally been seen as the most straightforward path to wealth.

Unsurprisingly these year’s ranking of the UK’s richest 1,000 people by the Sunday Times continues to be dominated by financiers, hedge funders and property tycoons.

Yet delve a bit deeper and the list reveals some less obvious ways to become one of the super-rich.

We look at six of the career choices which you wouldn’t typically bet on to bring in the big bucks.

“The egg market is big” – that’s how egg producer Noble Foods put it.

In the UK, we eat a staggering 30 million eggs every day and as chairman of Noble Foods, Peter Dean has amassed a £212m fortune from the family egg business, putting him at 534 on the list.

The company was started in the 1920s by his grandfather William Dean, who sold eggs door-to-door in rural Hertfordshire.

The firm rapidly moved from packing and selling a small amount of eggs for local grocery stores into a national business.

Always ambitious, the firm bought several other companies to speed up its growth. Just over a decade ago, Dean Food Group merged with Stonegate, controlled by lifelong egg producer Michael Kent, to create Noble Foods.

“Bringing eggs to life,” is the tagline of the company, whose brands include Happy Egg and Big & Fresh as well as luxury pudding brand Gu.

Never underestimate how much people love their pets. Most owners think of their animals as members of the family and are willing to spend big to prove it, making it a lucrative industry.

British husband and wife duo Tony and Christina Quinn – listed at number 446 with a £255m joint fortune – set up their business catering to pampered pets after emigrating to Australia.

Their chilled pet food business VIP Pet Foods focused on the gourmet end of the market for cats and dogs, offering a “Fussy Cat” range and vacuum-packed fresh minces.

Thomas Warburton and his wife Ellen opened a grocery shop in 1870. When sales fell in 1870, Ellen switched to baking bread, with her loaves becoming an instant success.

Almost 150 years on, Warburtons is still a private family owned business managed by the fifth generation of Warburtons Jonathan, Ross and Brett.

The firm now sells £500m a year’s worth of bread, crumpets, fruit loaf, muffins, tea cakes and wraps. It claims over a quarter of all bakery products eaten in the UK are produced by them.

Their enduring popularity has made them plenty of dough – putting the Warburton family at 225 on the list with a £545m fortune.

Everyone needs to wash. Soap brand Imperial Leather has helped power Anthony Green, former chairman of household products firm PZ Cussons, and the Zochonis family, descendants of company founder George Zochonis, to 170th on the list with a £541m fortune.

The Manchester-based company is now behind a range of household products from Charles Worthington hair care to self-tanning brand St Tropez.

The firm actually started out as a commodities trader in the 1880s, but by 1948 had switched to manufacturing, opening its first soap factory in Nigeria.

Boxes of juice may seem a pretty everyday item now. But back in the 1950s, sterile and watertight containers were seen as a novel alternative to glass bottles.

Tetra Pak founder Ruben Rausing came up with the idea after watching his wife make sausages by tying up the ends, and wondering if a similar system would work for milk, according to the New York Times.

The invention has made the Rausing family rich, propelling Ruben’s son Hans Rausing and family – who have now sold their 50% stake in the business – to number 11 on the rich list with a £650m fortune.

Starting out as a market trader isn’t an obvious route to wealth, yet at least one person on the list started out this way.

Former market trader Chris Dawson founded the Range discount stores which he describes as “the working man’s John Lewis”. Together with his wife Sarah Dawson, he’s now worth £1.9bn and ranked 67th on the list.

The “pile it high, sell it cheap” approach has helped three other discounters make the grade.

Home Bargains chain founder Tom Morris and family rank 39th with a wealth of over £3bn, followed by Simon, Bobby and Robin Arora – the brothers behind the B&M discount store chain. Together the brothers are listed at 65, and are collectively worth £1.92bn.

Poundstretcher owners and brothers Rashid and Aziz Tayub and family – which now have over 400 stores in the UK – come 453rd on the list with £250m.