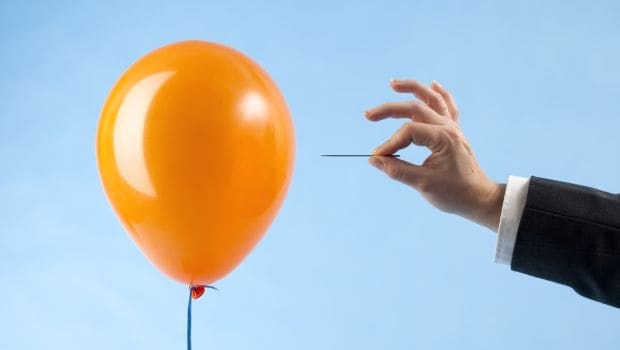 One of the fondest childhood memories for most of us would be bursting balloons towards the end of a birthday party. Something about the act brought immense joy as we would pull down the strings, place the balloons on the floor and jump on them. As grownups, we now of course have a different perception. We finally know how annoying a habit it is, plus all that deafening noise! As much fun as it may be, popping balloons could have some setbacks too. According to a study done by University of Alberta, Canada, popping a balloon can generate the same amount of noise as a high-powered shotgun going off. A shot fired from the shotgun is actually 4 decibels quieter than a balloon burst. Researchers were startled to find the impact of the noise generated by a balloon burst when compared with a shoatgun going off near someone’s ear. Researchers said they are not out to be party-poopers, but they want to use their findings about bombastic balloon noise to raise awareness about general risks to hearing.

United States of America’s hearing experts Bill Hodgetts and Dylan Scott concluded that even a single burst of balloon can cause a lifetime loss of hearing to adults and children. The shock to tiny eardrums may not seem daunting; after all, how often is the average child exposed to a constant barrage of popping balloons? But it does raise the question of safety thresholds for impulse noise-created by a sudden burst of intense energy-that can result in gradual hearing loss. Even one exposure could be considered potentially unsafe to hearing for both children and adults, researchers said. “It’s amazing how loud the balloons are. Nobody would let their child shoot something that loud without hearing protection, but balloons don’t cross people’s minds,” Scott said.

Both Hodgetts and Scott, fathers of young kids, have led to a research which recommends the use of proper hearing aids for the kids as well as adults, during the indulgence in any such activity. People need to start viewing cumulative hearing loss the same way they think about an equally passive but very real health concern like sun damage, Hodgetts said. The World Health Organization suggests that 1.1 billion teenagers and young adults worldwide are at risk of facing hearing loss or damage. They indicated that the biggest danger came from ear buds used in cellphones and iPads, but also singled out loud entertainment venues as causes of permanent hearing damage. Hearing loss becomes more common as we age with 1 in 3 people having hearing loss by the age of 65.
[“source-ndtv”]